Since it began in 2016, the work of Intercultural and Refugee Programme has spanned four projects. Wellbeing and Intercultural Communication, funded by the Tony Ryan Trust, and Dialogue with Muslim Communities of Ireland, funded by the Irish Human Relations and Equality Commission are now concluded. Current work includes the Mount Street Club Trust funded Hope and Ambition Programme, and the Department of Justice and Equality funded Belonging and Identity Project 2020.

Our Intercultural and Refugee Programme aims to make Ireland a more welcoming and inclusive place, with respect for all ethnic, faith and cultural backgrounds, by facilitating intercultural dialogues among refugees, migrants, and members of ethnic and faith minority communities.

Society in Ireland, both North and South, is facing challenges regarding the acceptance of ethnic, faith, linguistic and cultural diversity as well as the acknowledgement of new inclusive multiple identities and facilitating effective integration. To respond constructively to polarised opinions about migrants and other minority groups, there is an urgent need to promote the positive benefits of a more diverse and inclusive society. Careful listening through dialogue processes can help key stakeholders and the wider public understand the everyday experiences of minority groups and respond appropriately to their needs. Through facilitated dialogue community leaders, service providers, policy and decision makers in relevant sectors, gain an insight into, and an understanding of, the views and experiences of minority groups. This helps to inform their future communication and work with these communities while also serving to combat stereotyping, prejudice, racism and discrimination.

“It is not our differences that divide us. It is our inability to recognize, accept, and celebrate those differences.”

Established in 2016, our Intercultural and Refugee Programme seeks to build on Glencree’s experience in providing opportunities for people from divided communities to listen to the experience of ‘the other’, reduce prejudice, and develop constructive intercultural connections and collaboration. The programme focuses on facilitating intercultural dialogue to bring about more effective integration. These dialogues take place in safe spaces using creative methodologies and wellbeing practices that help individuals to find their voice and engage with others.

Our Intercultural and Refugee programme adheres to the following core values: we honour resilience and attentiveness to trauma; we foster authentic expression and voice; we operate with dignity and mutual respect; we encourage autonomy and empowerment. Across our projects, our team undertake quality trust and relationship building with individuals and groups who may experience exclusion and discrimination in their everyday lives.

Since its inception the programme has focused on 4 project areas with the goals of:

Funded by the Tony Ryan Trust, this 2016/2019 project focused on trust building work for refugee and migrant women leaders, and others working with them.

2. ‘Deepening Understanding on Human Rights and Equality for the Muslim Communities of Ireland’ Dialogues

Funded by the Irish Human Rights and Equality Commission (IHREC), this 2018 project engaged diverse groups within the Muslim communities in the Dublin region in a series of dialogues on human rights and equality issues, and connected them with key stakeholders.

This 2019/2022 project aims to build the confidence of marginalised women from minority ethnicities and faiths, and disadvantaged economic backgrounds, who are living in or are moving out of Direct Provision, to feel safe and express their needs.

4. ‘Belonging and Identity in the Second Generation: Integration and Anti-Racism Dialogues with Hard to Reach Minority Communities’

Funded by the Department of Justice and Equality, this 2020/2021 project will carry out dialogue work with young people (18-30), their parents and families, around the issues of anti-racism and intercultural integration. This dialogue work will also engage Irish people, members of other minority communities and other stakeholders. 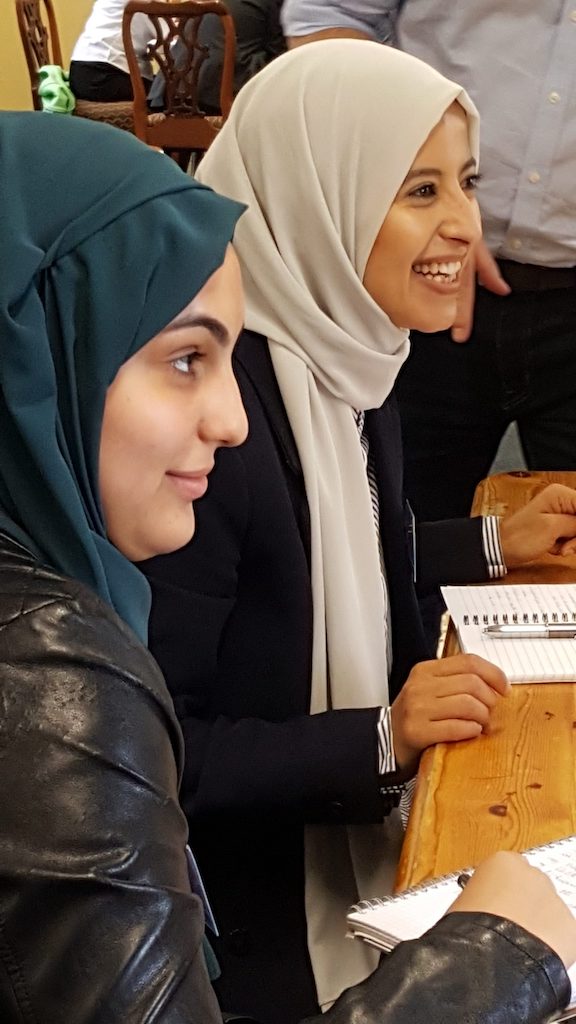 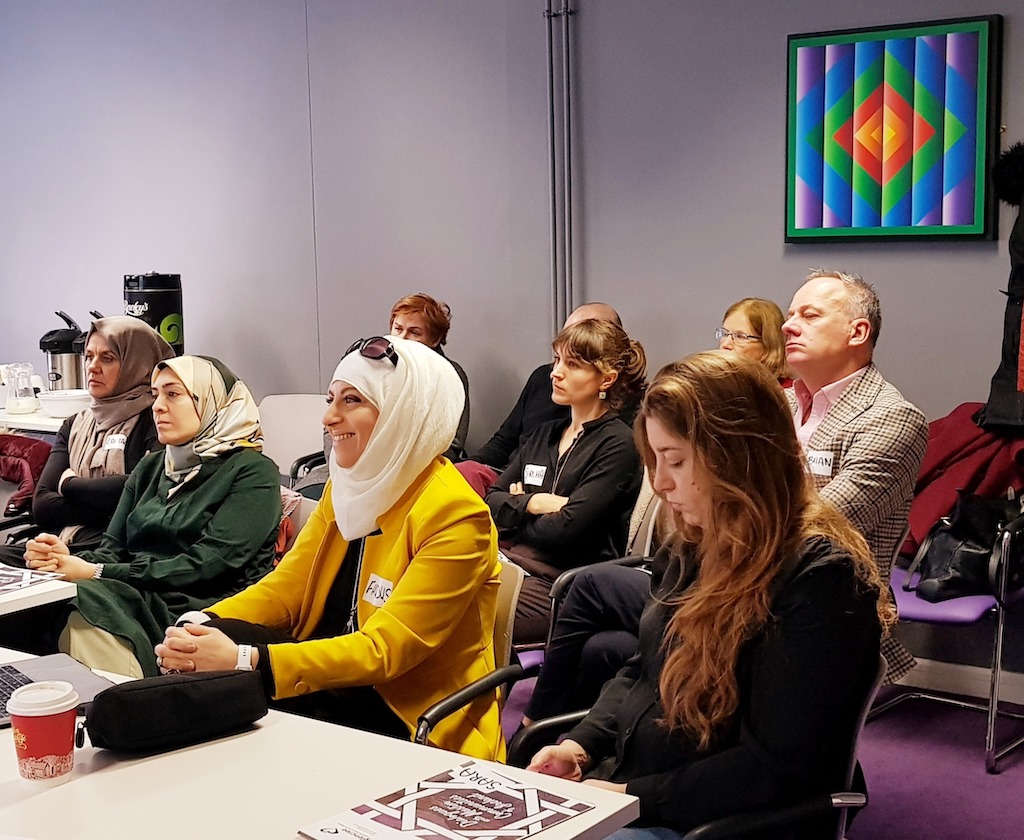 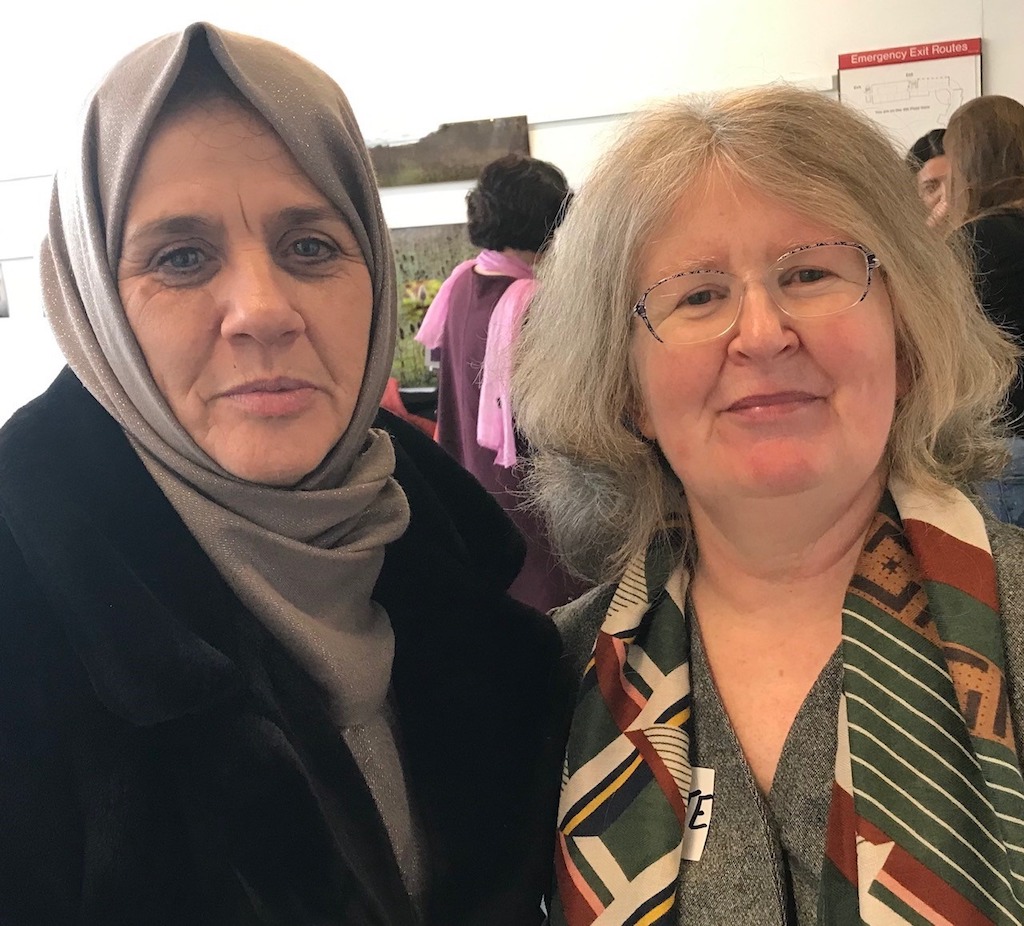 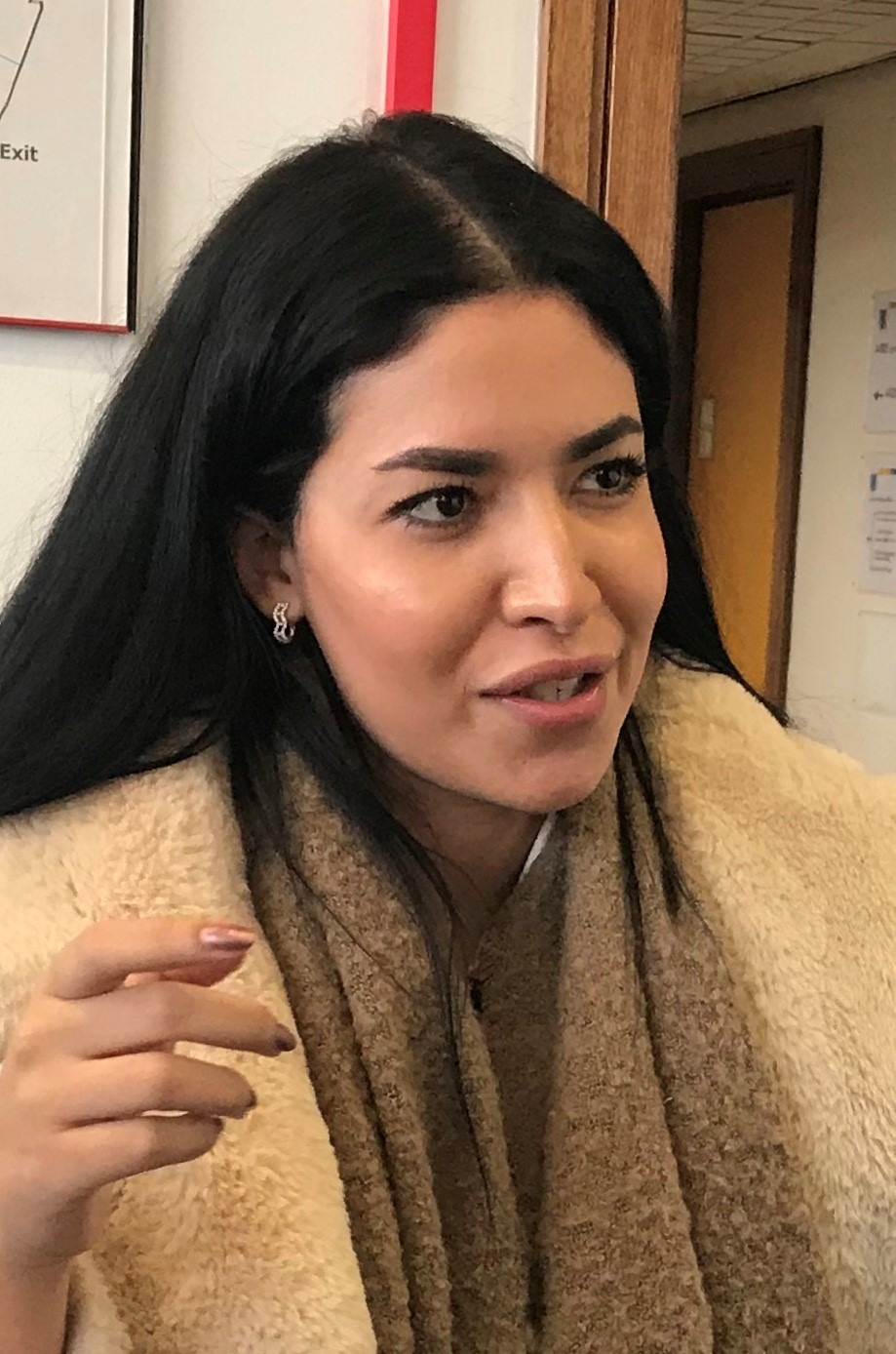 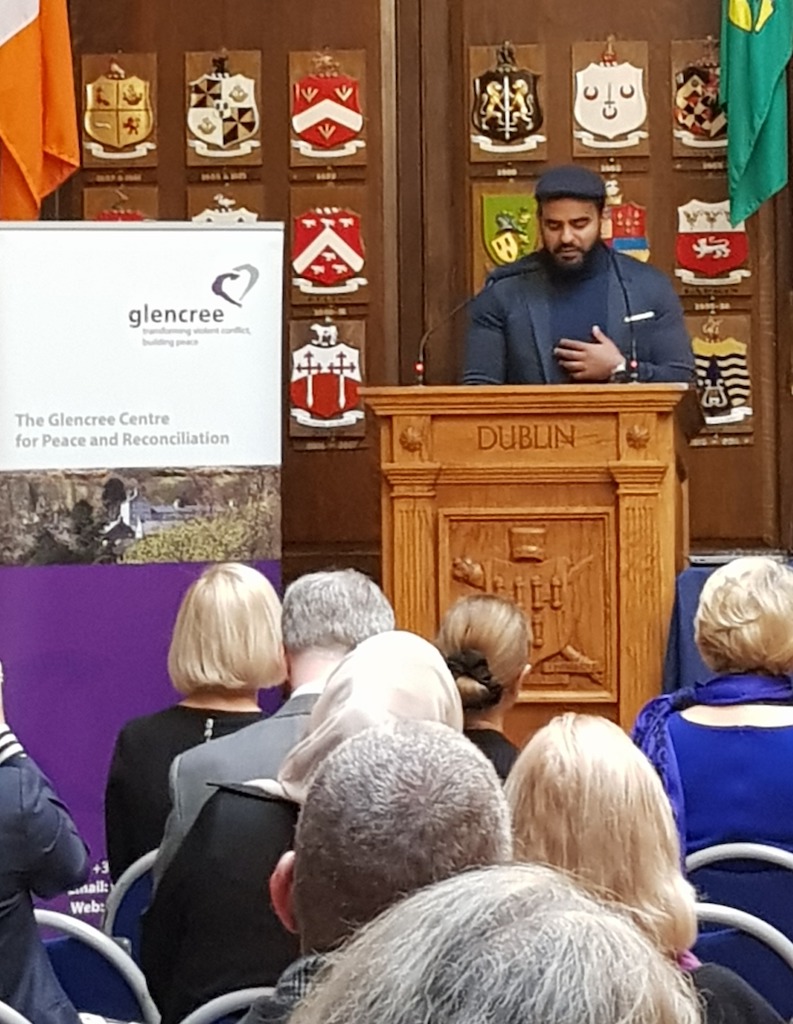 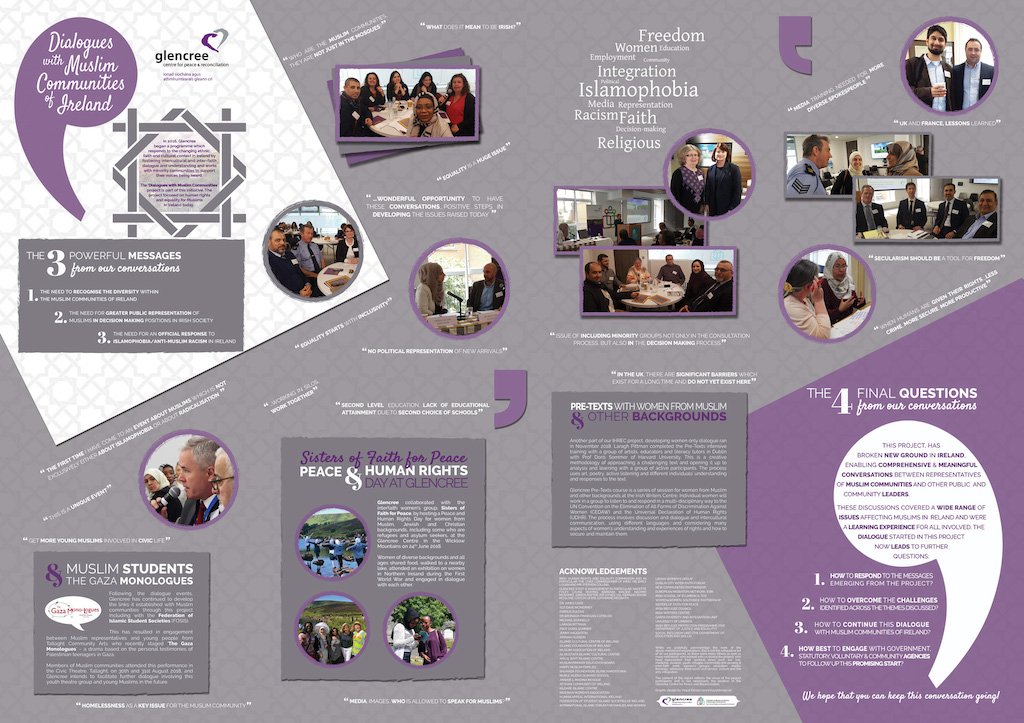 The 2018 Muslim Dialogues report identifies the key findings by participants in a series of dialogue events with women, men and young people of diverse Irish Muslim backgrounds living in the Dublin region. The current 2020 Belonging and Identity Project is taking some of those issues further through actual and remote dialogue events and a social media campaign.

This podcast talks about diversity, integration and what it is like to be a young Muslim in Ireland during Ramadan and Eid in this time of Covid19. Joining Glencree’s Intercultural & Refugee Programme Manager, Nadette Foley, are Fardus Sultan from the Belonging & Identity Project Advisory Group and Mohammed Elsayed from the Under One Tent Initiative. 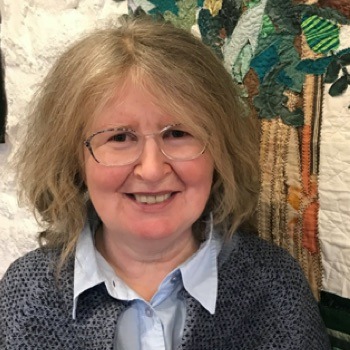 Nadette brings over 30 years’ experience in the area of human rights, refugee and minority integration, and inter-faith work. While living in Pakistan in the late 1980's Nadette worked with Afghan refugee communities. During the 1990s she was Director of the Irish Refugee Council, and joined the Board of the Refugee Agency responsible for the resettlement of the Bosnian and Vietnamese refugees. As CEO of the Multi-Cultural Resource Centre - Northern Ireland, Nadette facilitated consultations between minority ethnic and faith groups, and statutory agencies during the introduction of new Equality and Human Rights legislation that resulted from the Good Friday Agreement. She continued her inter-faith and intercultural work with the Jesuit Refugee Service and the Dublin Multi-Cultural Resource Centre in Dublin before joining the team to lead Glencree's Intercultural and Refugee Programme. 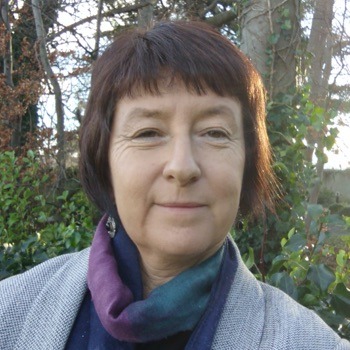 Nadette and Louise are qualified Capacitar Ireland Tutors. They have trained in, and facilitated, capacitar practices for over 10 years. Capacitar is an international network committed to uniting people across borders in solidarity, understanding, reconciliation and peace. Practitioners use holistic wellness practices based on indigenous traditions that help people tap into the wisdom of their own mind, body and spirit.

International Work
Corporate Peace Partner
Champion the cause for peace
Become a Member
Have a voice
Donate
Support Peace
Follow us on
Stay up to date, help spread the word