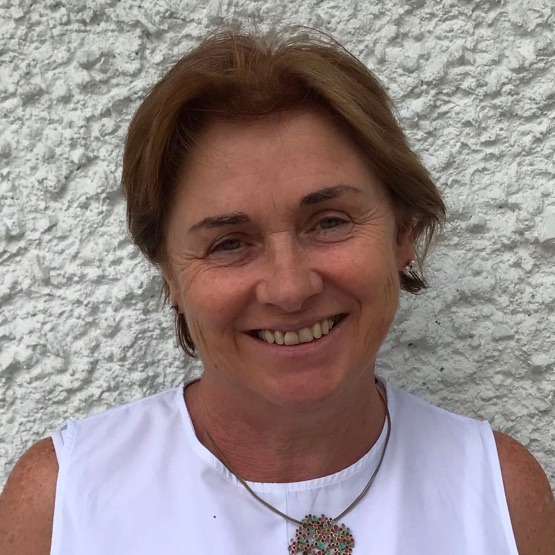 Barbara Walshe has been at the helm of Glencree’s peacebuilding work since 2014. Drawing on her years of experience in peacebuilding and restorative justice at national and international level, she is currently leading Glencree into its next phase of development as a Global Peace Centre. From her role as a Peace Observer and Envoy in the Israel/Palestine conflict to her ongoing work in the Northern Ireland conflict, Barbara has been a firm advocate for non-violent means of resolving conflict through dialogue, whether at local community level or in areas of conflict across the globe. A strong voice for restorative justice, through her work she has first-hand experience of the positive impact of the restorative process within the prison community and for those who have been harmed by the trauma of sexual abuse.

A skilled communicator, Barbara researched and presented the RTE radio series ‘Picking Up the Pieces’ which documented grassroots peacebuilding in an Irish post-conflict environment. Having previously worked for the Combat Poverty Agency, she has campaigned to include the voices of those who live on the margins and are increasingly impacted by the climate crisis into the mainstream. She contributes regularly to discussions and debates at local and national level and has represented the Irish peacebuilding community on the international stage. Barbara’s recent engagements with peacebuilding organisations in Geneva, Normandy, Finland, Norway and Turkey has increased the profile and influence of Ireland and Glencree (as the Republics only peace centre) within this international community. She also leveraged these forums to highlight the need for greater collaboration and dialogue within Europe to address the polarisation of politics and the decline of multilateralism. These are key areas of focus for Glencree in support of the Global Ireland strategy, The Global Goals; The National Action Plan on Women Peace and Security (UN Resolution 1325); and, A Better World - Ireland’s long-term commitment to humanitarian aid in conflict and post-conflict societies.

#glencree4peace
Back To Team
Become a Member
Have a voice
Donate
Support Peace
Follow us on
Stay up to date, help spread the word